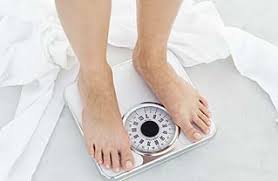 I came across a post at A Black Girl’s Guide to Weight Loss – and by the way, I love this blog and think it is worthwhile reading even if you are not black or a girl or interested in losing weight – in which a reader asked Erika, the blog’s editor, why feminists aren’t allowed to lose weight?

The timing of the post was interesting, as I had just been emailing back and forth with another fitness-obsessed feminist, and we both talked about the internal tension that exists when you are a feminist who also is really into fitness, how you have to be very careful about the way you talk about bodies and weight.  I mean, I don’t need to tell anyone who is reading this blog that questions of weight, food and bodies are heavily loaded in our society.  When I used to spend time at a particular ladyblog, the posts about body image and weight and eating disorders always garnered hundreds of comments, far more than just about any other topic.   For women (and to a certain extent, men), weight can be an endless source of shame and self-hate and frustration.

The normal pressure women feel with regards to their weight is compounded by the nation’s “war on obesity,” which has positioned fat people as Public Enemy Number…3?  (I’m guessing behind Al-Qaeda and pill mills, give or take a public enemy or two.)  Women’s bodies have long been seen as public property, a national resource to be protected and exploited. A woman’s body belongs to society as a producer of babies, to bystanders as a source of visual pleasure, to her children as a source of food, to her partner as a source of sexual pleasure, to everybody except herself.  The “war on obesity” just further serves to solidify this idea that a woman’s body is not her own.

As a result, I support the idea of health at every size, and I try hard not to engage in any sort of fat-shaming or to make judgments about a person’s body.   Women already have a lot of pressure on them to look a specific way or to behave in specific ways, and I am loathe to add to it.  To paraphrase Susie Orbach, fat is totally a feminist issue.

But.  (There is always a “but,” isn’t there?)  I’ve also recently lost a bit of weight, and I’m glad I did.  I am almost embarrassed to write about this, because I feel like many feminist ladies are so fed up with the pressures put on women to care about their appearances to the exclusion of all else and are so frustrated by all of the fatphobic messages in our society that now a woman who does want to lose weight and who does eat salads and who does spend time in the gym is seen someone who is selling out her feminist ideals.

I didn’t lose a lot of weight – just ten pounds.  And it wasn’t like I obsessed over it, because I didn’t.  What happened was that one day it occurred to me that if I was ever going to explore my full potential as a middle-distance runner, I was going to have to change some things about the way I lived my life.  I was going to have to run consistently and do speedwork and I was going to have to cut back on beer and bacon cheeseburgers.  So I traded in Doritos for baby carrots and took up a two-a-day regiment that had me lifting weights for 30 minutes a day and then either running or riding a bike for another 30 minutes.

Within a few months, I’d dropped a few pounds and leaned out.  At the same time, I found my average minute-per-mile pace dropping to the 8:15/8:30 range.  It’s hard to say whether running faster caused me to lose weight, or whether losing weight caused me to run faster.  What I do know for certain is that I was delighted with the outcome.

And yet I feel guilty about this, like I have somehow betrayed those who battle eating disorders and who wage an internal war against a tsunami of social messages to feel good about their bodies, no matter what size they are, by making an active decision to lose weight.  Especially as I am and always have been slender, and especially because I was not doing so for health-related reasons, but because I wanted to run faster.  I mean, who wants to listen to the tall, slender lady who goes to the gym all the time talk about how she wants to lose weight?  NOBODY, that’s who.  As a result, I don’t talk much about my weight loss.

The thing I – and others – need to learn is that just because one of us chooses to handle her body in one way does not necessarily mean those who handle their bodies in another way are wrong or morally weak or politically suspect.   My decision to run four miles a day and eat baby carrots does not negate your decision to eat half a pizza and vice versa.  I am not somehow better than you for that reason, nor are you better than me.

The point is not that we should all be forced to live our lives according to the same set of constraints, but that we should not be coming down harshly on those who choose to follow paths that diverge from the one we chose for ourselves.

18 responses to “Is losing weight anti-feminist?”